Paari gauai ma – Free song Lyrics and Chords -Mantra Band is one of the finest and popular Nepali songs you will enjoy listening. This is popular nepali song lyrics which is evergreen Nepal love songs.

Mantra Band is a Nepali rock band with four members. This mantra band Darjeeling was formed in the year 2000 which consists of Praggya on lead guitars, Bishal on drums, and Pravash on bass, and the vocalists Vaskar Dewan joined them. Mr. Manish Thapa joined in as a keyboardist followed by Bidhan on the flute later .

It has released many popular Nepali songs including paari gauai ma, Bir Gorkhali, Sanskriti and Ekantama, and Timi Bina.

Their songs are always hit Nepali rock songs and they were also invited for stage performances in Kathmandu and other places of Nepal nationally and internationally. They have already performed many live concerts in many places in Nepal as well as outside the country. The youngster loves their song the most rather their songs are almost liked by all aged people from children to old age persons too.

This band, already popular in Darjeeling and some parts of Nepal. This band got instant recognition for their song Bir Gorkhali which was sung by Prashant Tamang. Prasant Tamang is the winner of the Indian Idol Season 3.

A B C#m
Aaideu sapani ma

A B C#m
Aaideu sapani ma

A F#m B E A B
Aaideu sapani ma 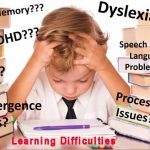 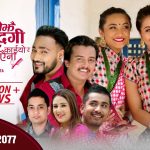