Want to learn the melody music piece Malshree Dhun for Guitar tabs. “Dhun”  means the music from Nepali or Hindi language. Malshree or Malashree music dhun is being played during the festive season of the Dashin Festival in Nepal.

One of the finest and pleasant Dashain songs and  Dashain Music is being played all over in the festive season. Now get to learn how to get this slot of music if you are interested to get into the guitar tabs.

What is Dashain Festival?

During the month of Kartik (late September and early October), the Nepalese people indulge in Dashain’s biggest festival. It is the longest and the most auspicious festival in the Nepalese annual calendar, celebrated by Nepalese of all caste and creed throughout the country.

This big festival celebration occurs during the bright lunar fortnight ending on the day of the full moon. People celebrate as one of the big festivals full of joy and enjoyment.

Thorough out the kingdom of Nepal, the goddess Durga in all her manifestations is worshiped with innumerable pujas, abundant offerings, and thousands of animal sacrifices.

Malshree Dhun is the malshree song played all over the nepal is one of the popular dhun( music) played.

Malshree Dhun or Malshree Dhoon is the Nepalese music of the Dashain festival. This Malshree dhun is the folk music of the Newari culture.  One of the oldest surviving devotional music of Nepal started to be in the 17th century. and it’s a popular music chant in the Nepal Festival.

This piece of music is melodious and it is so freshening and makes everyone into the mood of festival celebration which is the beautiful part of this melodious dhun.

This dhun originally originated in Newari culture from the Kathmandu valley, one of the best traditional Dashain music widely played during the biggest festival of Nepal.

This piece of music is a Newah(Newar) artform that is based on the classical raga and taal system and is regarded as one of the oldest devotional music of Nepal.

This music art form was originated  in the 17th century around

How to Play Malshree Dhun on Guitar tab

Malshree dhun is Dashain song music widely played during the festival. Here we present the Malashree Dhun Guitar tabs. If you have a basic idea of the guitar or you know how to play the guitar tab you can learn it easily.

The following music tab is easy to learn by anyone eaisly. Once you practice for few times you will be able to play this fluent music on your hands.

The Tabs codes follows as :

This is End of malashree dhun

This melodious Nepali Dashain song can also be played on the guitar very easily.  Here is the video how to How to play Malshree dhun in Guitar? You can learn step by step method to play this Dashain music

Dashain songs as malshree dun on a youtube video. In this video, you can learn how to play these Dashain songs.

How to play Malshree Dhun in Guitar?

Guitar lesson by chord Nepal has a youtube video to learn to play Malashree dhun in guitar. The slow step-by-step on learning this music on the guitar can get in this video.

Here is the piece of different malshree music dhun from Malshree dhun – Wikipedia:

So, at last, this music, “Dhun”  can be easily learned and this is very pleasant music in the greatest festival in Nepal . Also you enjoy with the 7 Best Nepali Songs Lyrics of Mongolian Hearts 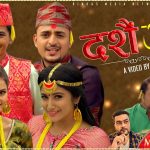 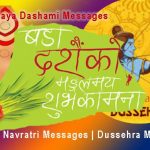