Who is JPT ROCKERZ?

JPT Rockerz is one band in the UK  with five talented members later has 4 members. They came together to form and give good music and entertain the people in the Nepali music industry.

The fame of this band is increased worldwide from the successful Israel tour in 2010 and recognition from newspapers in Nepal as well as the UK.

They have about 500o fans on their Facebook page already and is increasing day by day.  The bands’  frontman Nabin Gurung is one of the dashing and rising stars in the band.

The Members of Jpt Rockerz

These are the member of the band

Basanta: About The song

Basanta is one of the most popular songs of the band JPT ROCKERZ. It started with ” Timro oth lai choyera” which means “Touching your lips” in English.  Although the song is very short, it is very touching and sweet enough for anyone to fall in love with it.

This song was never released as officially as Nepali songs album but was uploaded on YouTube nine years ago has touched lots of love heart youngster. The singer of the song is the lead vocalist of the band – Nabin Gurung.

Here is the Basanta Song by the band from the official Youtube of JPT ROckerz . As said earlier this song was releaded in youtube only. Lets listen live song below

Basanta lyrics is short and sweet. The song is not so much longer. Here is the lyrics in video and text format you will love to know. They are helpful to sing for you.

Here is the Basanta song lyrics in the Nepali language. They will be easy to learn for you.

This video will teach you about the  Guitar chords lesson of “Basanta” by “JPT Rockerz”. 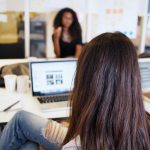 Best IT Companies in Singapore to get IT business 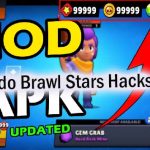 5 Ways to do Brawl Stars Hacks