You can Fully unlock all iPhones with uncover jailbreak now. Jailbreak is a challenging task for even mobile technicians. Everyone iPhone launches the new smartphone with high security and durability. Whenever you take your phone to another place the phone might not work and it locked automatically.

Several jailbreaking software had been developed in order to break the lock of the locked iPhone up to the iPhone 11 as well as the iPhone 11 pro. Here recently  A well renowned iPhone hacking team “uncover” has released a new “jailbreak” tool that unlocks every iPhone. This tool is believed to unlock all the models of iPhone even on the most recent models running the latest iOS 13.5.

You might have searched iPhone hacks dot com for unlocking your iPhone. No need to go for this you can fully unlock all iPhones with Uncover Jailbreak method. Now let’s know about what is iPhone jailbreak.

what is iPhone jailbreak?

Jailbreaking is the purpose of removing software restrictions imposed by Apple on iOS, iPadOS, tvOS, watchOS, and bridgeOS operating systems. Simply we can say its ios Jailbreak.

Apple, the iPhone company, has kept up its “walled garden” approach to iPhones by only allowing apps and customizations that it approves. The hackers have tried to break these windows free from what they call the “jail,” hence the name “jailbreak.”

Most of the Hackers do this by finding a previously undisclosed vulnerability in iOS that breaks through some of the many restrictions that Apple puts in place to prevent access to the underlying software. Apple says it does this for security. These iPhone jailbreakers say that the restrictions allow them to customize their iPhones more than they would otherwise, in a way that most Android users are already accustomed to.

What are iPhone jailbreak apps?

iPhone jailbreak apps are those apps for unlocking the different versions of iPhones. There have been many jailbreak apps available on the internet. you can download and unlock the iPhone using the jailbreaks. There is a  recent jailbreak that has been released that supports all iPhones. This Jailbreak was released by the “unc0ver team”. This break supports all iPhones that run iOS 11 and above, including up to iOS 13.5, which Apple released recently.

Unc0ver says that this jailbreak can be installed using the longtime jailbreaking platforms like  AltStore and Cydia. Also, this is a stable version and it doesn’t drain battery life or prevent the use of Apple services like iCloud, Apple Pay, or iMessage. The uncover group claims that it preserves Apple’s user data protections and doesn’t undermine iOS,  sandbox security, which keeps programs running separately so they can’t access data they shouldn’t.

Simply, This jailbreak basically just adds exceptions to the existing rules as said by Unc0ver’s lead developer. As far, It only enables reading new jailbreak files and changes parts of the file system that contain no user data.

The Details of the vulnerability that the hackers used to build the jailbreak are unknown. Just as jailbreakers work to find a way in, as the Apple works fast to patch the flaws and close the jailbreak. But the Security experts from the different world typically advise iPhone users against jailbreaking. By Jail Breaking out of the “walled garden”, there are high chances of vulnerabilities to exist.

What is Uncover Jailbreak for iPhone?

As noted earlier, The Unc0ver team has recently released the world’s first iOS 13 – iOS 13.3 jailbreak for A12-A13 Bionic devices. In the same way, the “Checkra1n”  was the first iOS 13 jailbreak tool for the public. This jailbreak only supports jailbreaking iPhone X and older devices leaving behind the other iPhone Os like iPhone Xs, iPhone XR and iPhone 11 and iPhone 11

The iPhone jailbreak withUncover is similar to previous steps. It is not so much difficult to do. Despite a newer iOS release, the process to jailbreak an iPhone using Unc0ver remains pretty much the same.  Next thing although it’s easy, do note that the release of Unc0ver which supports jailbreaking iOS 13 – iOS 13.3 may have a number of bugs also

Where You can get app for  Unlock all iPhones with Uncover Jailbreak ?

Recent uncover Jailbreak is an open source you can download from multiple sites. It would be better to download it from the official site. or Open Source website  Here ( from Github)

Also Go Through Is JioMeet a copy of Zoom Meeting ?

What are supporting Platforms for Jailbreaking your iPhone?

As said Earlier you need to download the uncover application for the jailbreak and then you can jailbreak your iPhone using the following platform as Altstore, Cydia, and X code. There are different methods to do it. You need to have each process guide and Go through them step by step 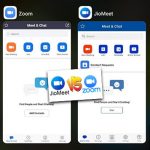 Is JioMeet a copy of Zoom Meeting ? 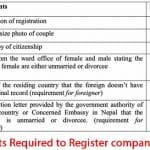