By looking at JioMeet design and features we are in question that Is JioMeet a copy of Zoom Meeting ? JioMeet is a new India based video conference app that is made by India’s Largest telecom company Reliance Jio which is true blue Zoom’s meeting copy with similar features. This new In comparison to zoom’s meeting, this JioMeet Video conference lets people host 24-hour-long video meetings for free of cost.

JioMeet if you’ll notice well, you will find that JioMeet copy of Zoom Meeting. Even the white-on-blue logo of this app is pretty much the same as Zoom meeting apps.Mukesh Ambani, India’s richest man had formally launched JioMeet as the video conference service that looks uncannily like Zoom.

JioPlatforms, which is India’s top telecom operator with more than 400 million customers has been operating many digital services including JioMusic, a music streaming service; JioCinema, which offers thousands of TV shows and movies; and JioTV, which allows users to watch more than 500 TV channels.

Is JioMeet a copy of Zoom Meeting ? to know this we should compare the JioMeet and Zoom Meeting features. Regarding the special feature of the JioMeet App, You can sign up using your mobile number or email address and host unlimited free video calls with up to 100 participants.

This platform claims that it lets people host 24-hour-long uninterrupted meetings with all free of charge. In comparison to the Zoom meeting, its free plan only lets you hold a meeting for a maximum of 40 minutes. You need to restart the meeting again and again.

Again, JioMeet functions is similar to zoom meeting in the same way. It lets people share password-protected meeting links, create waiting rooms, share screens, chat during calls, and many more. Also, it gives hosts the ability to control what other participants can or cannot do during a meeting which is just like Zoom.

Regarding the device support, JioMeet is available on Android, iOS, Windows, Mac, as well as legacy video conferencing systems. This feature is also found in the zoom meeting. But in JioMeet one user can have five different devices logged in at the same time and seamlessly can be switched between them during ongoing calls.

In terms of security, the JioMeet website says that all the calls are encrypted, but it doesn’t yet confirm that it’s using the end-to-end encryption method.  Zoom on the other hand just upgraded its encryption infrastructure system recently. And has been quite transparent about its security practices.

Where you can get JioMeet?

JioMeet app can be downloaded from different places. But it would be wise to download for the different platforms as for iPhone, iPad, Android phone, web application, windows, and mac client can be done. For android phones, it can be downloaded from the Google Play Store and for the mac or iPhone you can get from Mac store or Apple iTunes store.  It is available free of cost. Also, You can get download JioMeet Official Website or from following according to your needed platform

The company has a tendency to offer free services when it launches a new product so we expect JioMeet to remain free-of-cost for some time in use. However, that might not be a permanent thing in the future . This video conferencing free service is very new right now. Towards its popularity, it already has over a million installs on the Google Play Store. So if it keeps growing in popularity, JioMeet could very well introduce some paid tiers for it and became the popular video conference services all over the world even though JioMeet a  copy of Zoom Meeting. 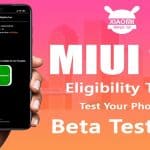 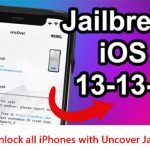