Bollywood’s most iconic Actor Sanjay Dutt or Sanju has won billions of hearts from his great performances in roles like Khal Nayak, Raghu in Vastav, and the beloved in Munna Bhai in Munna Bhai MBBS. Sanjay Dutt’s movies are regarded always as the best Bollywood movies for all time.

He is from a filmy family background as he is the son of the legendary actors  Sunil Dutt and Nargis in India.   Dutt started his acting career with the movie Rocky in 1981 and this movie was directed by his own father.

Recently, in august 2020, Sanjay Dutt has reportedly diagnosed with stage III  lung cancer which has stunned the entire movie industry and his millions of fans. Sanju fans have raised their hands in prayer to seek divine blessings for his recovery and superb health.

As we take time to look back into the professional and personal life of Sanjay Dutt then it’s full of turbulence but Sanju has bounced back every time. This time also everyone is confident that actor Sanju will win once again and come back in the Bollywood movie industry.

Today, we are telling you on a journey and where we’ll talk around 5 best movies of Sanjay Dutt

These are the 5 movies of Sanjay Dutt which are the best of Bollywood movies of Sanjay Dutt you must watch. He is always a versatile actor. He has given lots of Bollywood hits Movies for all time. He has acted in lots of Hindi movies. He has made his image as one of the best comedy actor, action pack actor, love boy actor, villain actor,s and so on.

Agneepath as Sanjay Dutt in his ever-famous anti-hero and powerful villain’s picture. Sanjay Dutt’s character as Kancha Cheena, who is so unkind and had Vijay as Hrithik Roshan against him which indicates the victory of good over bad. This movie was one of the big hits in the Bollywood movie industry. You can also watch Bollywood movies on Netflix also.

One of the best films of Sanjay Dutt is Munna Bhai MBBS which was directed by Rajkumar Hirani. In this film, Munna Bhai [Sanjay Dutt] is a goon who actually makes his father and mother proud by becoming a doctor. Along with his buddy circuit as Arshad Warsi, Munna goes on a comical journey which made his character the most memorable one for his fans. The movie was a blockbuster movie not only in India.

Khal Nayak is considered Sanjay Dutt’s most memorable film where he played the role of villain, goon, and a bad guy called a boll. The very much provide intensity, anger, and hatred the character comes out so easily by Sanjay Dutt that he came back to stardom from this film.

This film was directed by Subhas Ghai which also starred inspector Ram and Ganga and the movie regards Sanjay Dutt as the best actor in villian or mahakhalanayak. 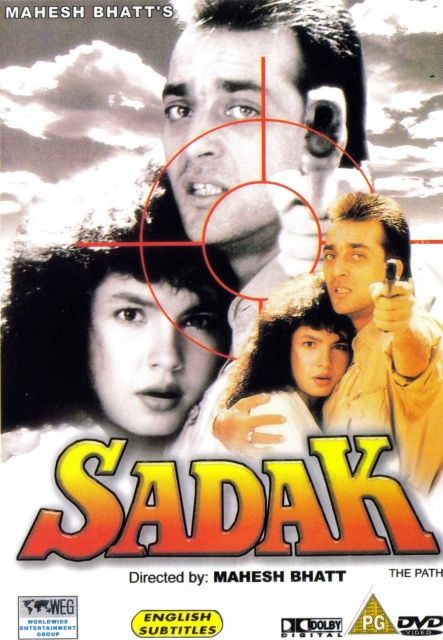 Sadak is another blockbuster romantic thriller film directed by Mahesh Bhatt which stars pooja Bhatt and Sanjay Dutt. All the actors of the film did just receive their challenging character which talks about the taboos of society.

The sequel of Sadak 2 is contracted for release in 2020. Soon it is an awaited movie in the Bollywood world.

An amazing film starring actor Sanjay Dutt and Govinda where  Sanju proved that no character is tough for him. Even if it comes to comedy movies he is perfect for it.

This movie is regarded as the best comedy role by him. Haseena Maan Jayegi is a movie that is also counted among the best comedy films of all time of Sanjay Dutt Movies. Best English movies in COVID 19 lockdown

The above 5 Bollywood movies are the best Sanjay Dutt movies of all time ever you must watch them in your lifetime. Besides these movies, his best movies are  Saajan in 1991, Khalnayak in 1993 Vaastav: The Reality in 1999,  Mission Kashmir in 2001. You can watch them online freely on youtube or Bollywood movies on Netflix and enjoy. 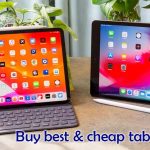 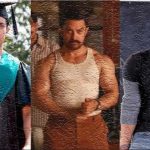