toprecentsMay 9, 2020
Shares0
Xiaomi recent smart phone as Xiaomi 10 has been recently lunched. It has been one of the awaited phone from MI  . The MI 10  has many advance features with the less price among the other compatible smart phones. Here are some special Xiaomi MI 10 Specifications and Features you should know . 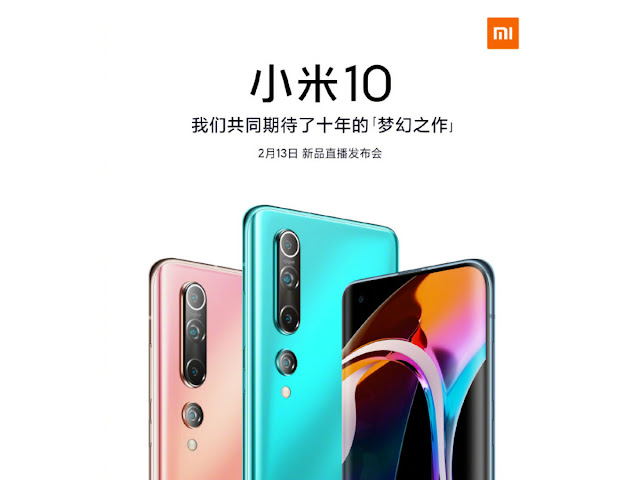 Display: The Mi 10 series gets a 6.67-inch 1080p AMOLED display with curved edges and a refresh rate of 90Hz.
Chipset: It comes running the Qualcomm Snapdragon 865 chipset with 5G support.
RAM: The Mi 10 gets 8GB of fast LPDDR5 RAM.
Storage: The Mi 10 comes with UFS 3.0 storage with either 128GB or 256GB options.
Rear cameras: The Mi 10 uses a 108-megapixel camera with a 1/1.33-inch sensor along with OIS. The second camera involves a 13-megapixel ultra-wide camera with 123-degree FOV while the other cameras include a 2-megapixel macro sensor and a 2-megapixel depth sensor.
Front camera: The Mi 10 series uses a 20-megapixel selfie camera sitting in the punch-hole cutout.
Battery: The Mi 10 comes with a 4780mAh battery that supports 30W fast wired and wireless charging.
Some more special features
GENERAL
One of the defining features of the Xiaomi Mi 10 is its fast chipset. The phone comes running the Snapdragon 865 chipset under the hood, which also makes it 5G ready to use on supported networks.
The memory and storage too are of the highest available standard for ensuring optimal performance. Xiaomi has also included features such as Wi-Fi 6 and liquid cooling to improve the overall performance of the device. Xiaomi’s Mi 10 also impresses with design as it brings a display with curved edges. The panel also has a high JNCD rating and promises a refresh rate of 90Hz.
The phone also goes big on cameras, with the Mi 10 particularly relying on the massive 108-megapixel Samsung made lens for improved photography performance. Xiaomi has also announced a number of interesting camera features, including the Night Mode 2 and a revamped Portrait Mode among others to help the device compete against other established flagships in the market.
To complete the deal, the phone also gets a massive 4780mAh battery which gets 30W wired, as well as, 30W wireless charging support. For good measure, Xiaomi’s also thrown in 10W reverse charging into the mix.

Exclusive Smartphone prices in Nepal in 2020