Xiaomi Mi Band 5 vs Mi Band 4 special features know it.  The Xiaomi has its powerful product as Mi Bands are all popular among the android phone user all over the world.

Mi Band become a top position in the whole global market with top sales. This device is hugely popular over not only in China, it is widely popular in India, Australia, America, and many more countries.

Why Xiaomi is popular?

The Mi Band doesn’t need more to describe with the introduction. Like its popular MI smartphones, it knows popular for an affordable price( Xiaomi band price) high quality, and product durability.

The Xiaomi company has been modified and updated from simple functions to the varieties of functions during this trend of development. Moreover and super low prices of the Xiaomi MI band with good quality is one of the major reason behind this.

The Xiaomi adds up a new band every year. This Xiaomi smart mi band is simply focused as a fitness tracker band. It was started as MI band 1 and successful to MI Band 2, MI Band 3, and Mi Band 4.

After the success of the Xiaomi Band 4 in the mobile market in the world, Xiaomi had launched Xiaomi  Band 5  with advanced features and function in comparison to Xiaomi MI Band 4.  So, In this post, we will have the Xiaomi mi 5 band review as Xiaomi Mi Band 5 vs Mi Band 4.

Xiaomi POCO Phone F2 Features and its Price in Nepal

Xiao Mi Smart Band 5  was launched in June in China and almost it is already launched all over the world in most of the countries where Xiaomi products are available.

It has been believed that this Xiaomi band 5 has more focused on fitness tracker has more features and functions with more themes, exercise modes. The slender and attractive design of the Xiaomi band 5 is now popular among all people. Not only the good feature the Xiaomi mi band 5 prices are also reasonable in comparison to other companies’ smartwatch bands.

hope after the mi band 5, sussecive products in the future with mi band 5 pros, mi band 6 will surely grab  the smartwatch band world in the same way as mi smartphone.

Now, Let’s check s the Xiaomi Mi Band 5 vs Mi Band 4 special features along with the overview of smart band 5.

This Mi Smart Band 5 has a bigger screen as compared with Mi Band 4 smartwatches. Besides, It has a 1.1-inch AMOLED display provided with five different brightness levels and brightness can go up to 450 nits.

In the same way, there are 2.5D glass places on top of the screen. This glass helps in the protection of the device.

One of the major display changes is that It features with watch faces which is also feature in mi band 4 as mi band 4 watch face too.

MI band Users can choose more than a hundred watch faces while you have to choose below 70 mi band 4 watch face only.  You can select many cartoons to watch faces like Hatsune, SpongeBob, and Neon Genesis Evangelion, and many more

Accurate Heart  monitoring than before

In this Xiaomi band 5,  there is the use of PPG sensor used due to which it claims that there is 50% more accurate heart-rate monitoring.

Also, it contains Pressure monitoring as one of the important health utility for the needed one.

There is a 24 hours sleep monitoring feature. The Sleep tracking feature in MI Band 5 has been improvised with added features such as REM eye movement detection in comparison with MI band 4. It will help to identify the sleep problem.

This new smart Band is evaluating PAI (Personal Activity Intelligence). PIA evaluation can reflect on your lifestyle habit. It makes the necessary changes to make it more active.

Female health monitoring features as menstrual calculated and data storing options. These features are considered as female health utility inside the smart band.

Use Smart band as Remote Shutter

The Mi Smart Band 5 also can be used as a remote shutter system. By this feature, you can click photos from your phone with a click on the band.

The NFC variant can also be used to control other Mi AIoT products. Yet, the one that’s launching in Nepal won’t have an NFC connection.

Charge at your convenience

Xiaomi has changed the method charge the band. Till the Xiaomi Band 4, you needed to detach the band from the strap to charge

But now on, you can dock with the new magnetic charger directly onto the back of the band and charge it subsequently.

The MI Smart Band 5 is equipped with a 125mAh battery. The Xiaomi company claims can last up to 14 days on the normal use of the band. So, in comparison to mi band 4, the battery life is more.

The Xiaomi smart band has a Water Resistance of  5ATM which means 50m/164ft for 10 minutes. This is similar to Xiaomi mi band 4 in the case of a water-resistant feature. You can use this band smartwatch while performing swimming. For the swimmer, this smartwatch band is useful.

So, in conclusion, Xiaomi Mi Band, 5 vs Mi Band 4 Special Features are listed for your satisfaction and pleasure reading. hope after the success of the Xiaomi mi band 5 2020, Xiaomi band 6 2021 will be launched accordingly. The series of mi band smartwatch continues. 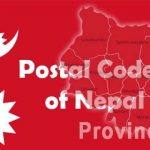 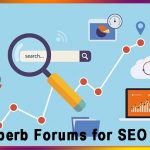