Mahakali Treaty between India and Nepal: the Major Points. The Mahakali treaty was signed in February 1996 between then Nepali PM Sher Bahadur Deuba former Prime Minister of Nepal and former Indian PM PV Narasimha. This Mahakali Treaty 1996 is  Valid for 72 years, reviewed every 10 years. This treaty was done as a New prospect of harnessing the Himalayan Rivers for hydropower, irrigation, and flood control which was approved by 2/3 of the majority of the Parliament of Nepal.

After the signature of this treaty, there was a lot of controversy within Nepal stating that an anti-national treaty was done against Nepal by India. Till today there’s huge controversy regarding this treaty, Although this treaty is relatively good for Nepal, India is not fully in support to provide the benefits to Nepal.
More than 25 years passed, the DPR (Detailed project report)  has not been fully implemented well by the Indian government  Not only India is controlling interest over the major rivers for economic reasons which were in the border.

Here are the Mahakali Treaty between India and Nepal Major Points :

In conclusion, though there is controversy on the Mahakali Treaty between India and Nepal, It could be a boon for the Nepali economy and power. But due to the big country power encroachment, it has become a curse to the Nepali people regarding the treaty. 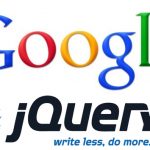 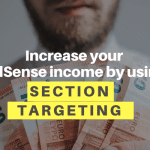