Must listen to the Nepali songs of premdhojh pradhan. They are the best Nepali songs by him with a unique and sweet voice

Premdhoj pradhan is a legendary melody king in the Nepali music industry and is also known as the Golden Voice and King of Romantic Melodies of Nepal with lots of Nepali popular songs.

Prem Dhoj Pradhan is an evergreen Nepalese legendary singer in Nepal. . He is not only a great Nepali singer, but he is also a composer, and a regional playback singer as well. Most of his songs are in two major languages of Nepal, Nepal Bhasa and Nepali.  He is also known as the first person to perform with guitar in Nepal.

Prem Dhoj has sung many Nepali songs with popular Indian singers like Usha Mangeshkar, Asha Bhosle, and so on. .

The followings are the list of the best 55 Premdhoj Pradhan songs. Premdhoj pradhan has given more than 1k Nepali and other language songs. Out of which he had recorded more than 700 songs in Radio Nepal. Know his best 55 songs as follow:

Here you can listen to his jukebox songs from the youtube which are follwing .

Premdhoj pradhan is of Newar(Newah) origin and he has also sung lots of Newari songs. Newari songs are known as the nepal Bahasa songs nowadays.

He has more than one hundred Nepal Bhasa songs  Here is a list of the top 10 popular Newari songs from him.

Live song by premdhoj at the 80s age with full joy and enthusiasm.

Do you need to hire an attorney for pre probate in California ? 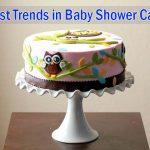 Do you know Latest Trends in Baby Shower Cakes?